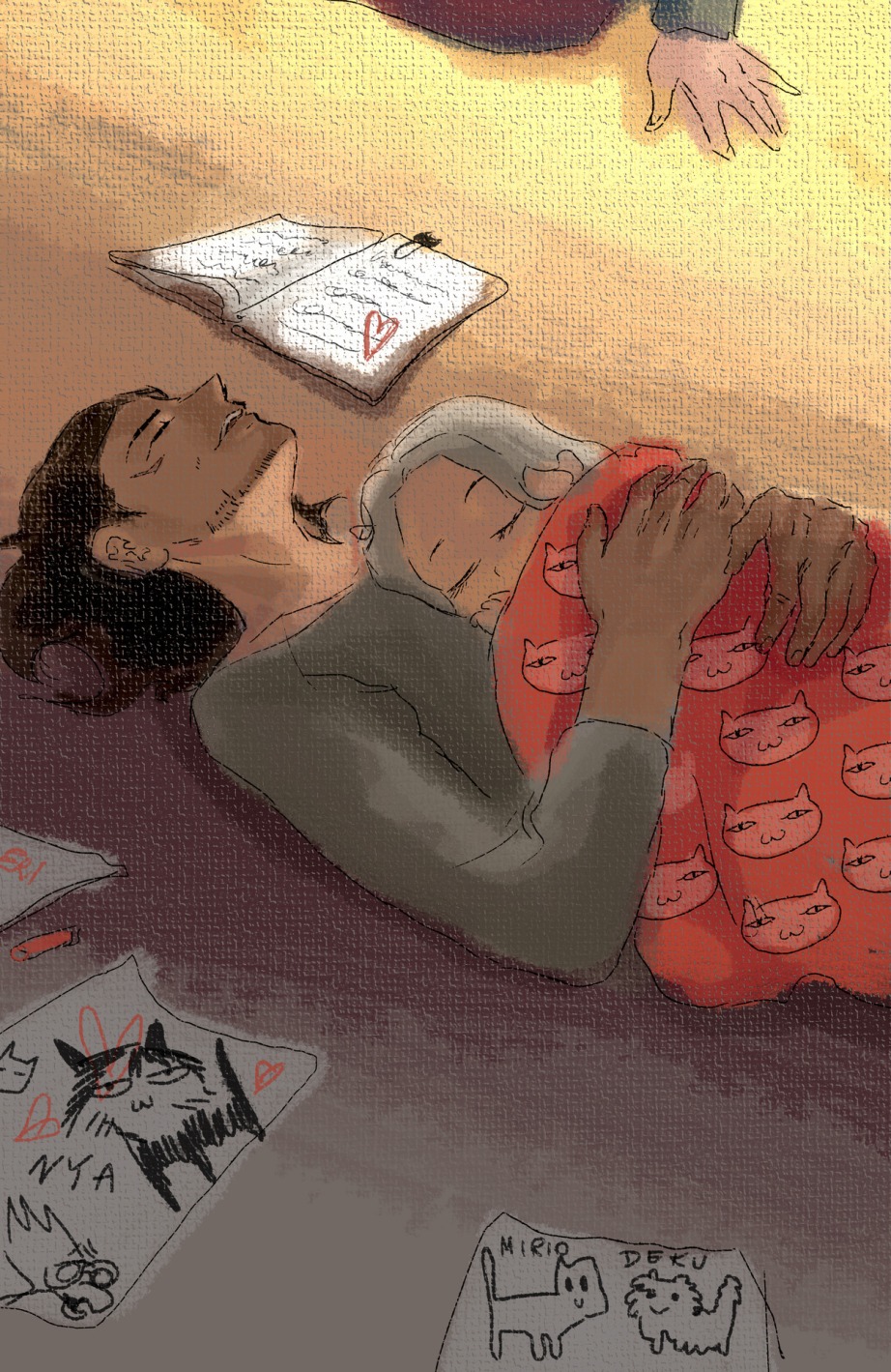 I think I have sth for this aesthetic^^

LGoE is a queer alt-history, magical romance set in a demon-haunted 10th century.

When Tamourte, a roguish knight with a talent for getting into trouble, “rescues” a filthy, violent, Norseman bound for a distant land, he suddenly finds himself neck deep in a complicated political situation that could plunge two empires into war.

For Sjau, the clock is ticking even before they meet, and he-and everyone around him- may well be torn apart by his own very literal demons before they can be by the threats both mundane and supernatural that haunt their path.

Faced with clockwork flying monkeys, mad science, ink zombies and power-hungry politicians, Tam, Sjau and Sjau’s demons have to find a way to survive – even in the face of what might be the greatest threat of them all.

The fact that they’re falling in love.

Signal boost for great books at a ridiculously low price!

A short manga about a cute assassin from Toshiya Wakabayashi, mangaka of Tsurezure Children

I will protect this man with my life.

Great news everyone! Part 2 is finally in English

With no context whatsoever – I watched this happen 💕🌺

a brother and a decision

read from the beginning / read on tapas / my art blog / my personal blog / art instagram / heartstopper merch / read the next update early on Patreon!

Charlie, a highly-strung, openly gay over-thinker, and Nick, a cheerful, soft-hearted rugby player, meet at a British all-boys grammar school. Friendship blooms quickly, but could there be something more…?

Nick and Charlie are characters from my debut novel, Solitaire. Heartstopper updates three times a month, on the 1st, 11th, and 21st.

i really appreciate reblogs and shares – please help me spread word about this comic! i’m so excited for people to read it!

Announcement! 100 more Kickstarter edition Heartstopper: Vol One books will be going on sale in my new art shop TODAY, November 21st, at 13:00 GMT!

Hi!! Thanks for the prompt, this was a lot of fun to draw 😀 also great coloring practice. Hope it’s what you were hoping for!

and here it is.

took 22 hours. and then a little longer for some edits but. I’ve still got another hour till my 24 is officially up, and I’m definitely gonna be snoozing.

For having no planning except a selkie design and a rough concept of the girl, I think I did alright. I definitely pushed my self to try new things and, I’m happy about that. there are some things I’d like to tweak but… NOPE! IM DONE!

I also learned how much I can get done when I don’t distract myself so much. have to figure out how to rein that in haha.

also, if you’re curious about the title! fun fact time thanks to wikipedia (so it may or may not be true)

Kur and I are doing one wholesome rp thread where Shota and Hizashi meet and have their first sleepover.

Many pokemon cards are involved.