Did you hear that they’re looking to cancel ANXF soon?! D:

How many days in a row am I gonna hafta wake up to this news?

I knoooooooooooooooooooooooooow, I’m very very upset, I love everything about the series, the team, the dynamics, the humor, the art, everything about it is wonderful.
But it’s an X-series that 1. Doesn’t feature Wolverine (good lord let him stay dead for a little while this time.)
2. Doesn’t feature anyone who was vital or popular in the (disgusting shitfest that is) the movies,
3. Have a plot that’s necessary to read in order to follow huge universal events.
4. Cater to the shitty nerdboys who chant that comics should only be made for them and their needs.

Now let me tell you WHY you should be reading this and what it has that tumblr is always on about wanting more in comics. 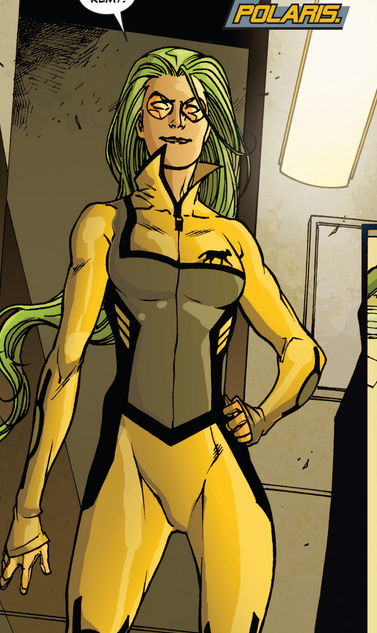 Lorna Dane, Polaris, Daughter of Magneto with the POWERS of Magneto. Total badass, doesn’t take shit from anyone, I love her. 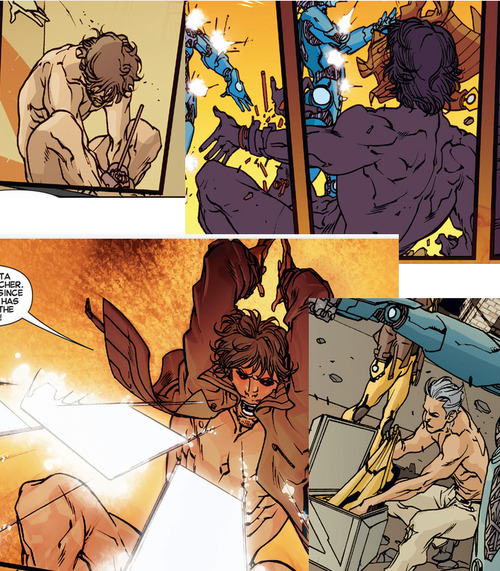 Seriously the fucking wiki summarizes and issue like this

That’s how you counter the boobs and butt bullshit that’s been happening for the last 50 years. You just get a dude topless and vulnerable for literally zero reason, not paint costumes on awkward impossibly bulgy body-builders and yell “THIS IS FOR YOU LADIES~” and make sure to wink in the most masculinity preserving way ever.

POC Mutant Child from a bad family household who is finding out who she is and what she can do! 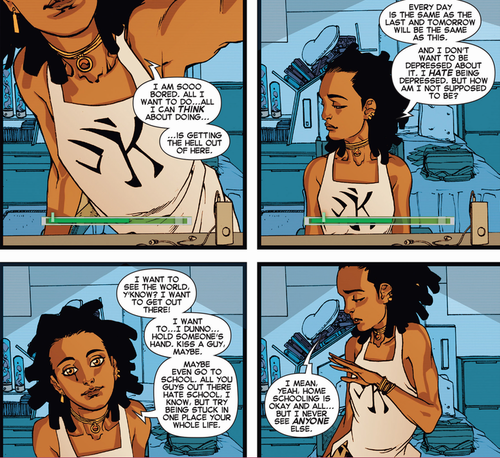 Georgia is AMAZING~! She is so cute, and she is so powerful and has so much potential to be this incredible force on the team and if she disappears or is reduced to background cameos in that shit environment that is Wolverines (or whoever the fuck is running it right now) School, I am gonna be soooo pissed, oh my god.

The books also feature characters with depression, personality disorders, past addiction, past mistakes, family reconciliation, A Pansexual Curious Robot Woman, Endless amounts of sass, developing character relationships that would need at least 50 issues to even get into exploring….and we’re losing it at 20.

So yes, I am indeed aware that ANXF is being Canceled. (as are other series as well, the new Ghost Rider is on the rocks as well I heard.) Carmine Di Giandomenico recently said that he had finished work on the series, thus meaning, they have probably wrapped up the basic story and the best we can hope is that both him and Peter David are hired by Marvel to work on new series sometime in the future (and maybe not have Bendis writing AS MANY fucking things as he’s been writing, I mean jeez, come on.)